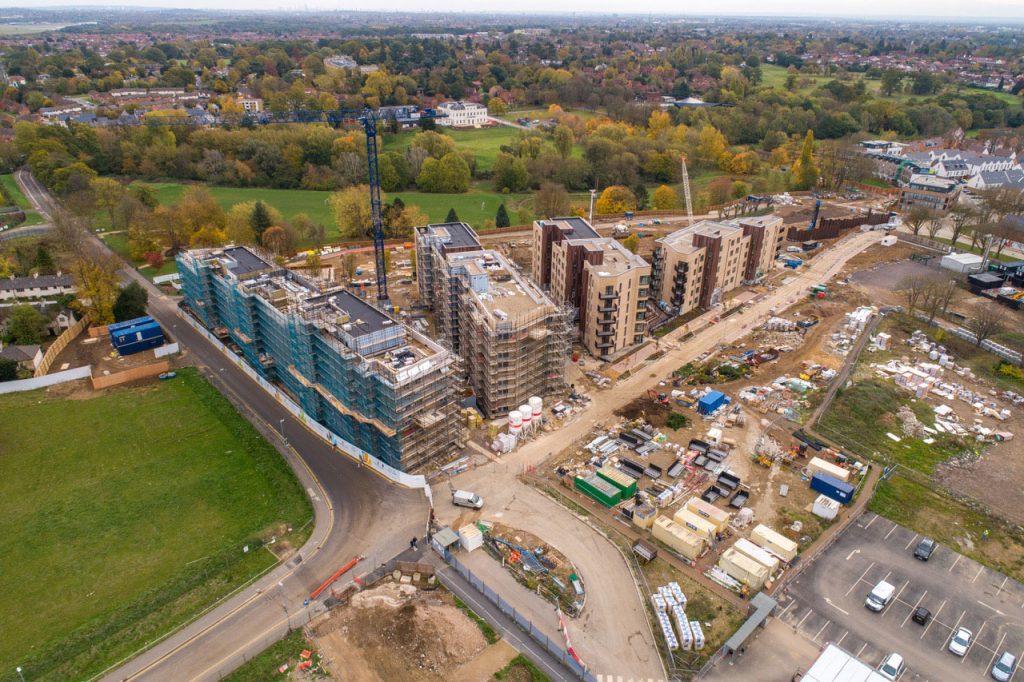 St. Modwen has handed over the first block of private rented sector (PRS) units to Annington for fit-out ahead of schedule. Bristol House, part of the Triangle development, consists of 54 apartments, the first tranche of the 207 apartments which were acquired by Annington in March 2018 (www.pinnpointuxbridge.co.uk). A further block of 42 apartments sold to affordable housing provider Catalyst Housing Limited, has also been handed over.

The overall Triangle site within St. Andrew’s Park, provides a total of 249-apartments spread over four blocks  and the remaining two PRS blocks for Annington are anticipated to be handed over in March and May this year.  In total the St. Andrew’s Park development will provide over 1300 homes when complete and the forward sale to Annington and Catalyst has enabled the accelerated delivery of future phases of the St. Andrew’s Park scheme.

The Triangle phase is part of St. Modwen’s wider extension to Uxbridge Town Centre within the St. Andrew’s Park scheme with new offices and a commercial centre proposed, which is expected to create around 1,000 jobs in the area.

The homes also sit on the edge of London’s newest park, a 32-acre area of woodland and parkland along the River Pinn at the heart of the scheme, which St. Modwen and its partner VINCI have provided for the wider community. A new 720 pupil two-level primary school has also been delivered and is now fully open.

Tim Seddon, Property Director – South East, St. Modwen said: “This is a significant milestone in the evolution of St. Andrew’s Park and this part of the project in particular. It showcases our ability to work in partnership to build quality residential buildings with investors whilst also improving the overall scheme. We are delivering homes on the St. Andrew’s Park site in a range of formats and tenures which will meet a variety of different housing needs.”